The high risks faced by international student renters in Australia. 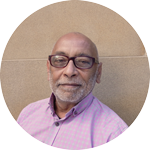 International students in Australia make a huge contribution to the economy and the community. Many face serious struggles and hardships. Finding and keeping rental accommodation is one of the major hidden risks they face. COVID-19 has made it even riskier.

Professor Alan Morris and colleagues have recently published a significant piece of research: International students struggling in the private rental sector in Australia prior to and during the pandemic. The research draws on two large surveys and forty in-depth interviews conducted over 2019-2020.

In this interview, Paul van Reyk, Senior Project Officer with the Tenant’s Union, talks with Alan about the findings and implications of the research.

Paul: What motivated you (and your fellow researchers) to do this research?

Alan:  Clearly a section of the international student population is in a very precarious situation. Many come from low-income homes and, once they land in Australia, the education providers don’t have to provide housing. A lot of them are really struggling. Especially those who come from low-currency countries. Even students who come from middle-class backgrounds, once they arrive in Sydney or Melbourne and see what the rents are, they can find themselves in a highly precarious situation.

Also students come to Australia thinking that they'll find employment and that this will ensure that they will be able to cope. But very often it doesn't work out. It can take months to find a job. Sometimes they find a job that’s so exploitative and difficult that it’s not tenable for an extended period. So there are a whole range of factors operating to ensure that a proportion of international students find themselves in a precarious situation and struggling to pay the rent.

Then COVID-19 happened and international students were profoundly affected, especially those students who depend on employment to pay the rent, because the federal government provided no support for them.

Paul: What is the situation in other countries?

Paul: What do these students do to deal with the situation?

Alan: Our study found that about 25 per cent of students shared a bedroom, very often with people they don’t know, which can be very challenging. A lot of them are in situations which are very insecure. In the survey we did in the first phase of the research, before COVID, around 17 per cent answered yes to the question, “In the last year, have you ever felt that you have become homeless?” There’s no indication that the situation will be resolved any time soon.

Paul: One of the things your report talks about is how a significant number of students depend on parents overseas supporting them income wise, but that the students often feel very conflicted about that.

Alan: Coming to study in Australia is obviously an incredibly expensive enterprise for international students. It often involves loans and the risk of getting into debt. So there's an enormous amount of pressure on many of them, and many of them are young. Obviously some of them are post-graduates on scholarships and they're in a better position, but many of these students, especially undergraduates, are young, and there is tremendous pressure on them to succeed. So there’s a lot of guilt attached to their parents having to sponsor them. So what they try to do is ensure that the amount parents pay is limited to the tuition fees and that they’ll be able to support themselves in Australia, by working.

What we found in the first part of the study was that around 43 per cent of the students had to work and when they got into financial difficulties they had to borrow or ask their parents for money and this precipitated a lot of anxiety and stress. This of course impacts on their academic performance.

Paul: So they are often in very precarious casual employment and also sharing accommodation while trying to undertake their academic study.

Alan: A lot of students cope by never being at home and of course that's become impossible now with COVID. It’s introduced new pressures. I remember one student living opposite a university. She was renting a two bedroom apartment where the lounge had been converted into another bedroom. She wasn't even sure how many people were in the apartment, “It's either 13 or 14.” She would wake up early, go to the university, have all her study time there, eat there, and come back late at night.

Sometimes they make friends with the other students in the place they’re renting, but for a lot of students it is very stressful in terms of privacy and ability to study. There is a lot of uncertainty.

Paul: The research looks at the idea of risk and risk shifting for these students. Can you talk a little about that?

Alan: For many students, probably about a third of students, coming to Australia is a high-risk activity. Both on a personal level and for the whole family. The education providers shift all of their risk onto the students. Landlords also shift their risk onto the students for example by overcrowding the property to increase their profits. So you have this constant risk shifting which really does create a very precarious situation. And of course employers also shift risk on to the students who find themselves in high risk work, sometimes dangerous, very often they are overworked. Their lives are pervaded by risk.

Paul: And as you say COVID made the situation that much worse.

Alan: What we found was around 63 per cent of the students in the study lost their job or had their hours reduced. Around 15 per cent managed to find another job. Employers are very aware that these students are highly vulnerable. Very often it's co-national, the exploitation. Students will try to find work with employers from their home country, but it’s often cash under the table and it's $12 an hour and it’s a ‘take it or leave it’ situation.

Paul: From what I’ve come across working at the Tenants’ Union, international students can also go through informal channels to initially find housing. They may rely on other international students or other locals originally from their home country, but then find their trust has been misplaced and they're being exploited.

Alan: There’s an enormous lack of knowledge, of course. A lot of students come here, and they don’t know how the system works. So there are a lot of co-national local agents. I’m sure some of them are good – they try to find the students reasonable accommodation. But the system is so open for exploitation.

Paul: I think the problem is also that students in those situations are very reluctant to seek information or support because they're in such a precarious position. They worry that any attempt to raise issues with their landlords or agents could lead to them losing their accommodation.

Alan: Sure, they don’t know what their rights are around their accommodation in terms of asking for things from the landlord or may worry that if they ask, their rent will be put up or they will be evicted. The lack of knowledge is not surprising. If I had to go to live in Japan or Bangladesh,  I would have no idea what to expect. So to expect these students to have a clear idea – it’s unrealistic. Once you find accommodation, if it's affordable, you may not want to move even if there are problems.

Paul: What are the policy implications of your research findings?

Alan: In terms of what’s doable, there should be a provision that education providers need to provide as much information as possible on the private rental sector to students, so they know at least when they arrive what their rights are. Maybe universities can have ‘market days’ that bring students together so they can go looking for accommodation together – like speed dating, some system by which they can explore the options together, because it’s very hard to do this by yourself.

In terms of long-term solutions besides improving the regulation of the private rental sector, I think what is really needed is a massive expansion of subsidised accommodation.

At the very least, it’s important that there is some highly subsidised emergency accommodation for which students in very precarious situations can apply. In New South Wales during the first lockdown and subsequently, the NSW government provided $20 million for emergency accommodation for international students and about 5,000  students were supported. The program ended in February 2021. It is unclear how students are coping with the present lock-down. No accommodation support for international students has been provided by the NSW government.

Many thanks to Professor Alan Morris for sharing a number of the key insights emerging from the ARC Discovery Project: The experience of precarious housing among international students. Alan is based at the Institute for Public Policy and Governance at the University of Technology Sydney.

Legal information about your tenancy rights in Australia: