Last week the Tenants' Union of NSW spoke at the public hearing for the NSW Parliamentary Inquiry into the Property Tax (First Home Buyer) Bill 2022 called by the Portfolio Committee No. 1 – Premier and Finance. Below we publish the opening statement from Leo Patterson Ross, CEO of the Tenants' Union of NSW that highlights some of the key recommendations we made to the Committee. 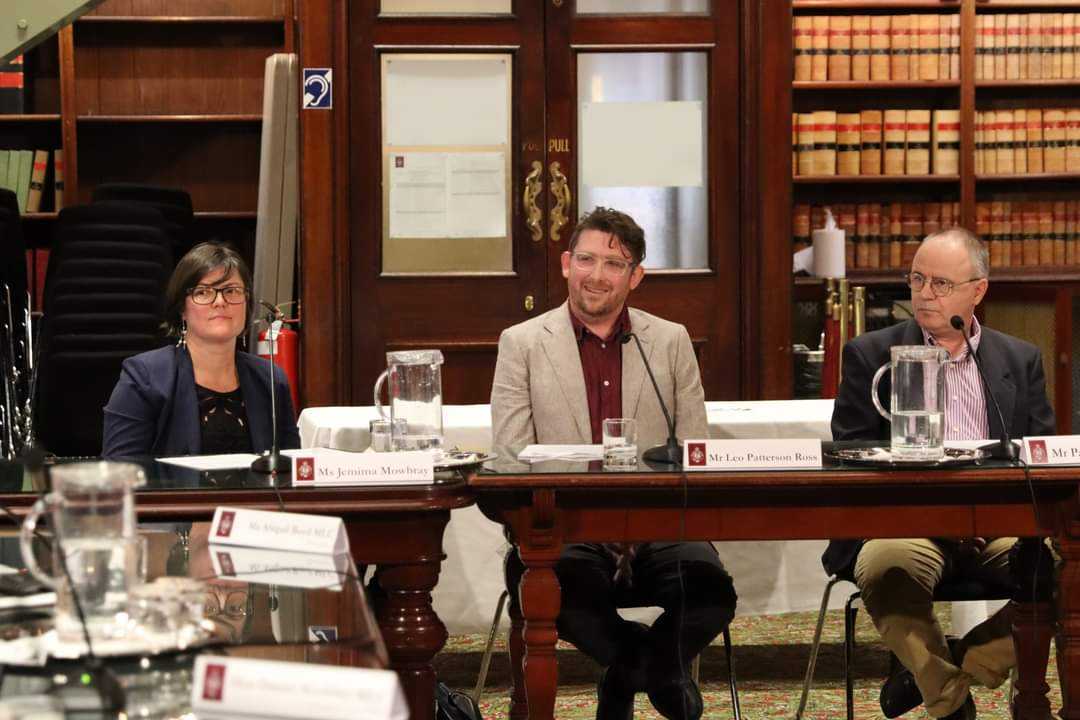 "We support the introduction of a broad-based land tax. We think it is a fair, efficient form of taxation that discourages behaviour in property ownership such as land banking, and leaving properties vacant.

Land taxes are not just about government revenue, or influencing behaviour. They are also a recognition that the land on which we live and work is a communal asset that the broader community protects and enhances the property value and the property rights.

It is not only the introduction of sweat, bricks and mortar and finance that increases the value of the property but the neighbours and neighbourhood, the sport and culture, the roads and rail, the police preventing trespass and the poles and pipes that all contribute. In short, it is the broader community’s economic development that creates much of the value and it is fair that the broader community receive some of the benefit.

We do think that introduction of a land tax should seek to avoid hardship to both the people transitioning to a different scheme and people impacted more broadly, primarily renters in properties under the property tax. Some people who may have high wealth in the form of the property, but low incomes could find the tax unaffordable at some point during their ownership. This is ideally addressed through deferrals in whole or in part on collecting the land tax until the time that wealth becomes liquidated eg at the point of sale. These features are in the bill.

Any introduction of a scheme like this should be concerned with the potential ramifications. We were pleased to be a part of the Hardship Working Group considering these issues and the potential responses. We provided a brief joint submission with colleagues from St Vincent de Paul NSW and Shelter NSW that made 2 particular recommendations to this inquiry. The first that government ensure that data relating to this program and related housing data be made public. This would complement the Housing Evidence Centre outlined in NSW housing Strategy, but must be as transparent and as open as possible to enable interested groups to provide feedback to government. The second, that the supply of genuinely affordable housing funded or facilitated by government not be impacted by the implementation of the program despite any reduction in revenue as a result.

We must recognise that the First Home Buyer’s Choice does not fit the definition of a broad-based land tax of the type that we support, or of the type that was originally proposed. In effect it is another support for purchasers of their first property. Those kinds of demand-side supports generally act to inflate the cost of purchasing property for everybody. Thankfully, in this instance we don’t believe the FHBC will act to further inflate the already inflated property market, though it also won’t reduce the cost of purchasing overall which should be the aim of all housing reform – chiefly centering housing policy generally to its primary purpose of housing people, with finance and investment the means to an end not the end itself.

If introduced we hold some hope that the introduction of this program will assist in transitioning to a broader based land tax, primarily by revealing actual behaviour in a relatively harmless way. The implementation also gives us the opportunity to put in place hardship responses and data infrastructure that will tell us how to progress.

The risk is that we don’t continue to transition. One risk is that such a narrow version of the property tax means that the community doesn’t see the benefit because it lacks the breadth or depth required to have the positive system-wide effects transition promises.

We look forward to continuing to engage with government and all parliamentarians as NSW moves forward."