The sale of Millers Point properties has ended: it has made inequality worse 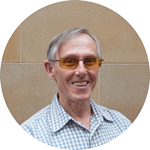 With the sale of the final two terrace houses on Saturday, 3 November 2018, Property NSW announced the end of the Millers Point sales program. Announcement of the successful tender for the sale of the Sirius building is expected any day now.

We'll take this moment to reflect on a number of ways to remember this chapter.

On 19 March 2014 the Hon Pru Goward, Minister for Family and Community Services, announced that ‘high value public housing property assets on the Sydney Harbour foreshore will be sold with the proceeds to be reinvested into the social housing system across NSW’. You can check out her media release at the time here. It said that relocating the residents and sales were expected to be completed within two years. In April 2015 the NSW Government placed a figure of $500 million on the projected estimate of proceeds. 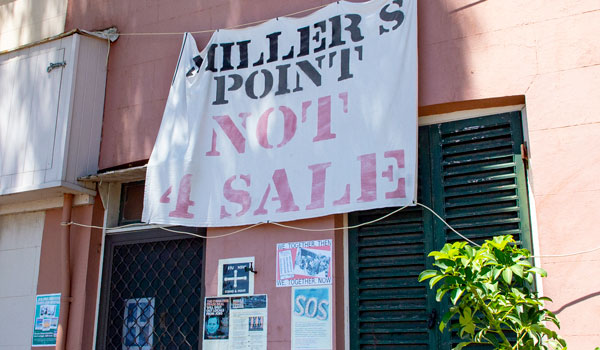 Since the Minister’s initial announcement the Tenants’ Union of NSW has repeatedly called on the NSW Government to allow tenants to remain, especially the elderly and those with strong links to the area. A campaign to allow residents to stay was not successful, other than a handful who remain in properties where the sales have been deferred.

Also, very soon after the announcement, the film-maker Blue Lucine started recording the community's efforts to resist the sell-off. The resulting documentary called 'Eviction' is a powerful record of the way this sad attack on Sydney's heart was carried out. We are privileged to have been present at screenings of 'Eviction' with members of the community. The next viewing will be at Parliament House in Macquarie Street on 20 November 2018.

By December 2016 the NSW Government had sold 133 properties for $349 million. By that time we had started predicting that total proceeds from the sale were going to hit $680 million, well in excess of the $500 million. We and the community argued that this gave the Government the ability to retain some of the housing, particularly the Sirius building.

At the time of the third anniversary of the announcement to sell all public housing properties in Millers Point, we were saying:

'Come on NSW Government, allow the remaining older residents a real choice'. This may be ageing-in-place in their current homes and, an alternative that is supported by the residents, retain some of the units within the Sirius Building and some of the workers cottages for a semblance of a social mix. It's not too late! A win-win situation! You'll make your money and older residents still there can stay.

Our and others' pleas fell on deaf ears.

With the sale of the final two terrace houses at the beginning of November 2018, our records show that total proceeds from the sales of 189 properties is $609.6 million. One real estate agency, McGrath Real Estate, has been responsible for sales totalling $518.9 million.

The median price was $2.5 million. Prices ranged from $1.4 million for a terrace house to $26 million for a flat complex. On top of this, the NSW Government has collected a bonus of $33 million in stamp duty (not counting the stamp duty on subsequent sales).

The figure of $609.6 million excludes the sale of Sirius building and the deferred sales of the 28 units set aside for existing tenants. Estimates in the media for the sale of the Sirius building range from $120 million up in May 2018 to $150 to $180 million in August 2018. This leads to an estimate of the total windfall from sales of over $760 million.

Proceeds from the sales

As of September 2018, the NSW Government reports here that a total of 1,121 residential units for social housing had been completed and a further 260 residential units were under construction using proceeds from the Millers Point sales program. It is unclear whether it is accurate to characterise these dwellings as funded from Millers Point sales - the required level of transparency to assess the claim does not exist. There are also inconsistencies with these claims.

In April 2015, the NSW Government projected proceeds of $500 million. They also said the money would be 're-invested into some 1500 new social housing dwellings, allowing more people on the waiting list to be housed faster'.

Today, although the proceeds have climbed more than 20% higher to over $600 million and another 30% to over $760 from the sale of the Sirius building all but guaranteed, the government is stating that only 1381 homes have either been built or been funded. Based on the original claim in 2015, we should be seeing 1800 properties built or funded already, with a further 500 or so in the development pipeline. This discrepancy has not been accounted for.

Regardless, in March 2018 we wrote here that the construction of new dwellings from the proceeds of sales of Millers Point properties represents small growth only in provision of new social housing stock across NSW.

We also have argued that the NSW Government is wrong to cannibalise existing public housing stock to build new social housing dwellings. This is especially at a time when the NSW Government has a budget surplus of over $4 billion. Indeed, Hal Pawson from the City Future's Research Centre at the University of NSW concludes that none of this booty has been channelled into expanding social and affordable provision. He argues that Housing NSW is overselling its social housing commitment.

And what of the residents who were forced to relocate? The film 'Eviction' highlights this in a visceral way. The obviously strong ties in the community - with neighbours caring for each other as if family - makes the separation from community all the harder to watch.

A Swedish study by Danermark, Ekstrom and Bodin found premature deaths amongst older residents forced to relocate. (This study is cited on page 70 of Cred Community Planning’s ‘Social Impact Assessment of the potential social impacts on the existing Millers Point community, and the broader social housing system, that may result from the sale of any further Social Housing in Millers Point’, prepared for the NSW Land and Housing Corporation in 2013.) Time may well show that this also is the case with Millers Point. We are aware of at least two suicides and other recent deaths.

Professor Alan Morris of University of Technology Sydney interviewed residents leading to a report for Shelter NSW which is discussed here and here. Professor Morris argues that 'place' attachment was profound and the removal announcement and the actual move were devastating. Those whom he interviewed spoke of deep sadness and anxiety at the thought of leaving. Residents who had moved told of their isolation and melancholy at having lost their social network.

We have argued that the forced relocation of residents of Millers Point highlights the failings of Government when only lip service is given to ‘ageing-in-place’. In 2015 and 2017 the Tenants' Union of NSW made submissions to Elder Abuse Inquiries of both the NSW Legislative Council and the Australian Law Reform Commission (ALRC) here and here. We argued that a government policy, in itself, may constitute a form of elder abuse. We submitted that the NSW Government’s decision to relocate all the social housing tenants in the suburb of Millers Point is an example of systemic elder abuse.

In October 2017 Professor Morris published an article in The Conversation called 'Last of the Millers Point and Sirius tenants hang on as the money now pours in'. Here, he argued that the NSW Government may be patting itself on the back for generating hundreds of millions of dollars by displacing the public housing tenants in Millers Point and the Sirius building. However, it's actions were the planned, deliberate and irreversible destruction of an historic community. The primary focus was on revenue and expenditure. The human costs of policy making were pushed to the side.

On 14 November 2018 Professor Morris will be launching the book entitled Gentrification and Displacement: The Forced Relocation of Public Housing Tenant in Inner-Sydney, Springer, 2019. Professor Morris draws on in-depth interviews and examines the forced displacement of public housing residents in Millers Point, Dawes Point and the Sirius building in The Rocks, and considers the build-up to the government deciding to relocate the residents, strategies deployed to pressure tenants to move, as well as the social and personal impacts of the displacement.

One of the most powerful lines in the film 'Eviction' has a main protagonist pondering who will live in his home when he's gone. So who are the new residents? We have glimpses: it's turned from struggle street to billionaire's row;  model/author and partner from family of merchant banker have come and gone; 'it’s again the home of a gentleman'. And, of course, 'Kent Street' now is known by some as 'Rent Street', because of its many Airbnb listings.

Recently, Rupert Legg of University of Technology Sydney published an article in The Conversation, called 'Making developments green doesn’t help with inequality'. He linked the development at Barangaroo with the plight of the residents of Millers Point:

The NSW government announced the sales [in Millers Point] after Barangaroo’s effect on the surrounding areas began to take place, realising the increased profit to be made. As a result, the development is not only exclusive on the inside, it has also contributed to the displacement of the disadvantaged from surrounding areas. ... Barangaroo is a missed opportunity: instead of promoting social equality, it has made inequality worse.