Today is the start of the new renting with pets laws in Victoria. While the ACT was able to implement their equivalent laws faster, Victoria was the first state to take this stand. They will make a difference to many humans and animals.

Where are the other states at?

The Northern Territory announced in mid-February that they too would be following the Vic and ACT model and has now passed legislation to that effect. The real estate industry has launched a typically rabid and baseless campaign against it.

Queensland has not announced the results of their review yet but have flagged this might be a change that will get announced. Similarly Western Australia has announced a review in which this issue will be examined, but has not made any decision. 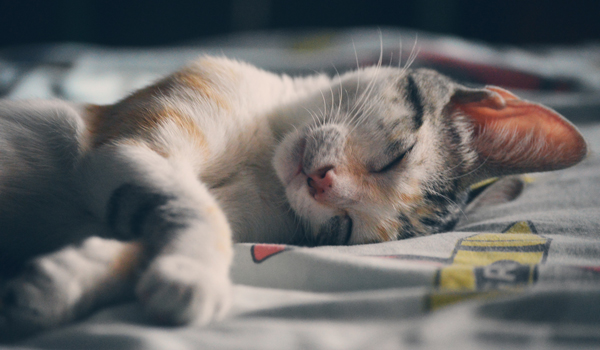 The governments of South Australia, Tasmania and New South Wales have not indicated they will implement this kind of rule - but they should, and there are rumblings! In South Australia there was a private member's bill from Greens MLC Mark Parnell which lapsed at the end of 2019. In Tasmania, a recent inquiry recommended the re-examination of pets amongst many other things. In NSW we did achieve some more pet-friendly language in the soon-to-begin regulations, but there is much more to do.

We hope that the changes help drive a cultural change that shows landlords and agents that keeping pets are nothing to be uptight about. But we also need to be realistic about what they achieve.

What they mean is that after you have moved in, if you ask to keep a pet a landlord must convince either you or the Tribunal that your request for a pet is unreasonable. If they ignore your request, it's taken as a yes. Of course you also have to follow the same rules as any other pet owner regarding council regulations.

However, if you disclose pets in your application then you can still find your application slipped magically to the bottom of the list with no explanation given. It is entirely possible that the landlord does have a case that the property is not suitable for a particular animal, putting you in a tough spot if it turns out you can't keep your furry family in your new home.

And, because Victoria kept unfair 'no-grounds' evictions at the end of the first fixed-term agreement you can still be evicted for keeping a pet (because you can be evicted for anything).

So where should we be going?

We would love to see these issues more meaningfully addressed both in Victoria and of course in NSW! NSW strata law has already recognised that a blanket ban on pets is "harsh, unconscionable and oppressive". It is a shame that landlords are permitted to continue to act in harsh, unconscionable and oppressive ways. It seems that part of the problem is the flawed premise that residential tenancies law is a contract being made between two parties, but makes no real attempt to overcome the power imbalance. We think shifting to a system where the animal's welfare is the determining factor is the key here.

One way to do this is for welfare experts such as the RSPCA and Animal Welfare League and veterinarians to come up with a formal, binding guide which describes the kind of property size and facility that is appropriate for particular kinds of animals. As long as you only bring those kinds of animals, you shouldn't need to ask permission first. We believe that if you have provided an appropriate home then the vast majority of both noise and damage issues will be prevented or easily rectifiable by the tenant. There could even be tweaks to animal welfare systems to ensure animals are well-looked after. The point is though - it does not need to be a landlord v tenant issue if we concentrate on the animal's needs.

A common claim made is that animals impact landlord's insurance policies. It may be fair enough that landlord's insurance company wants to know what's going on in the property - though they could, of course, just price in the very small risk of damage above the bond. If we wanted to, in order to preserve landlords insurance, a notification system (for instance, letting the landlord know within 7 days of bringing the animal in) could work. The insurance industry does need to catch up a bit here too, though! A scary number of landlords hold no landlord insurance, which seems wild to us. Can you think of other service providers who don't regularly hold insurance for their business? Many insurance companies don't cover animals because they don't perceive a demand from their customers. We think this will change as laws catch up to community standards - and could well be driven by the measures introduced in Victoria and ACT.

We're still working through exactly what model would work best - but what is clear are moves like those across the country that aim to ensure tenants have the freedom to make adult choices and as adults be responsible for those choices are a necessary stage.