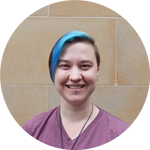 Transgender and trans are umbrella terms applied to people whose sense of themselves as gendered people (gender identity) is in some way incongruent with the gender assigned to them at birth, where assigned gender is typically based on the medical perception of external genitalia.

Some (but not all) trans people choose to socially and/or medically transition by changing their name to one that is more appropriate to their affirmed gender, wearing gender-affirming clothing, accessing hormone therapy or undergoing surgical reassignment procedures, among other things. This article specifically addresses the experiences of trans women, being people who were assigned male at birth and who identify as female.

Parental rejection and family violence based on gender identity have been cited as causes of homelessness for young trans people in Australia. Homeless can mean sleeping rough on the streets but it can also mean staying in supported accommodation, ‘couch surfing’, or living in accommodation that falls below minimum community standards such as boarding houses.

Fundamentally, homelessness is about insecurity which can in turn have devastating effects on a person’s mental and physical health. Given that trans people are already four times more likely to have been diagnosed with depression than the general population, the compounding effects of homelessness on trans people can be dire.

Alyssa, 23, who identifies as a bisexual trans woman, has been no stranger to insecure housing and accommodation stress. Her family lived in multiple houses across Australia when she was young and never stayed in one house for more than a year.

However, as she began to medically and socially transition in her early twenties it put more pressure on her relationships with her family members and in turn her housing situation.

“My parents were also not great people to grow up under,” Alyssa says. “In my early twenties I was also briefly homeless and couch surfed for a while until I found my feet living independently.” As Alyssa’s relationship with her father broke down it became necessary for her to leave home. “I was homeless briefly due to moving out of my Dad’s house into my grandfather’s house but he passed away shortly after I moved, so I couch surfed after that point, rather than go back to living with my Dad.”

Alyssa now lives in share housing after spending a year living in transitional, supported accommodation provided by Twenty10, a non-profit organisation which works with young people of diverse genders, sexes and sexualities. She is now partway through a computer science degree at the University of New South Wales and works full time at a software company. While Alyssa’s accommodation situation has improved since leaving home she says that being homeless puts a lot of pressure on the mental health of young trans people.

While Alyssa reached out to support services it took her a long time to find stable accommodation. Research has consistently found trans youth regularly experience harassment, violence and transphobic abuse when accessing accommodation services, both on the part of the workers and other service users. On top of that, staff and residents at some women’s services reject trans women or refuse to acknowledge their affirmed gender. For many trans people this not only means that they do not feel comfortable disclosing their gender identity when accessing services, but that some prefer to sleep rough rather than access accommodation services.

Alyssa says, “I branched out to a number of different places, most of them had negative results (being at capacity already, or not being very willing to help me as I’m a big queer). I found temporary year-long housing with Twenty10 which helped me a ton.”

“When I was homeless in my twenties I had a few queer youth help groups to reach out to, particularly The Gender Centre and Twenty10, but nothing else aside from that,” Alyssa says. “I think that at the moment there is a big deficit of safe housing in general for queer women, particularly for women without a steady income or on a Centrelink allowance. Having more houses that can house at-risk people can only be a good thing in my mind.“

Research suggests that between an estimated 5,000 and 6,250 LGBTIQ youth are homeless in Australia on any given night, a significant proportion of which would be in NSW. The LGBTIQ youth service package as part of the Going Home Staying Home reforms is funded to accommodate only 140 young people, meaning that LGBTIQ youth homelessness is significantly underfunded in NSW. Alyssa would love to see a place that provides a safe and supportive environment for people like her who have experienced transphobia. In the meantime, however, young trans women like Alyssa are struggling with limited support.