In 1990 I bought a manufactured home in a residential park (now called a ‘residential community’). I knew there was an element of risk in using my meagre retirement funds to become the owner of an ‘affordable’ house located on land owned by someone else. I did not know it was possible that park owners who had approval for redevelopment were permitted to evict pensioner residents and take ownership of their homes with no legal requirements for compensation. I thought such things could only happen in third-world countries!

When, in 2003, this threat descended on our community of 200 elderly, low-income home owners, we discovered that hundreds like us in NSW were, indeed, being made homeless and stripped of their modest investments.

Legal Aid recommended we call the Tenants’ Union. The TU helped us decipher the complexities of the Residential Parks Act. They advised on how to deal with our local council in calling for a social impact assessment. They made submissions and lobbied on our behalf. They connected us to other supportive organisations such as the (sadly, now defunded) Parks and Village Service .

Consequently, a social impact assessment was eventually tabled and the development application for our land was refused on the grounds of the proposed loss of affordable housing. (One improvement under the new Residential (Land Lease) Communities Act 2013 is residents’ right to compensation for loss of their homes – one of several improvements won with the support of the TU.)

The ongoing problem in park communities is residents’ lack of knowledge of their rights, combined with the mistaken belief that nothing can go wrong once they have become the legal owner of a home. This lack of knowledge leads many into serious, even ruinous, consequences.

Consequences would be much worse and more widespread if it were not for the Tenants’ Union. They host a regular forum for park residents; make available legal guidance as well as informed analysis and application of the legislation, also via newsletters and a website; advise on preparation for actions in the Tribunal; conduct training and information sessions across the state; and are tireless advocates for a fair balance of rights between landlords and tenants of all forms of housing.

In this worsening crisis of affordable housing, if you’re not a member, please support the Tenants’ Union by joining as soon as possible!

NEWS FOR YOUR RENTING LIFE 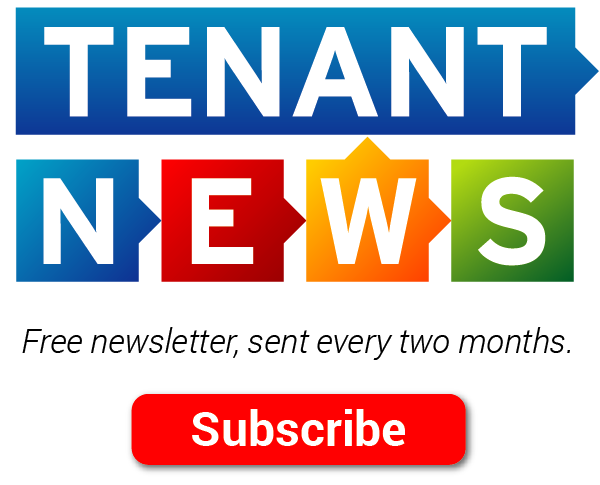