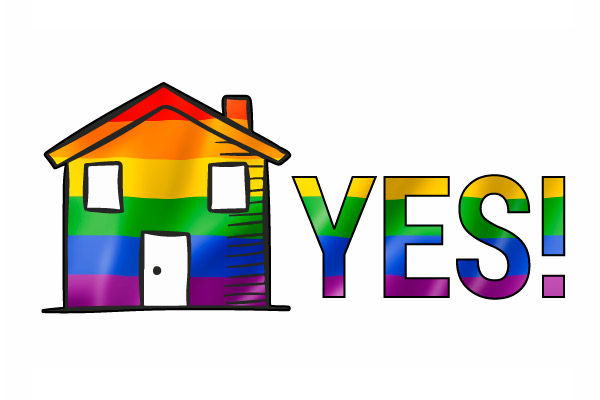 NACLC and Community Legal Centres support fairness, equality and equal treatment under the law. We recognise and celebrate the right of lesbian, gay, bisexual, trans, intersex and queer (LGBTIQ) people in Australia to live and work free from prejudice and discrimination.

As a result, we strongly support marriage equality and oppose discrimination on the basis of sexual orientation and gender identity in any form. We are not alone—a majority of people in Australia, a majority of both houses of Parliament and leaders of all major parties support marriage equality. There has never been so much support for achieving equality before the law.

Every day community legal centres across Australia provide free legal help to LGBTIQ people, their families and communities. CLCs see first-hand the impact that denial of basic rights and discrimination have on everyday people.

The most efficient and effective way of achieving marriage equality is a vote in Parliament, a power confirmed by the High Court in 2013. We are extremely concerned about the proposed postal survey to be conducted by the Australian Bureau of Statistics. We are concerned about the impact the debate around the voluntary and non-binding postal survey may have on LGBTIQ people and their families through exposure to hurtful abuse.

We are also concerned about the significant cost, which is three times the annual amount of Commonwealth funding provided to all 190 CLCs across Australia.

NACLC acknowledges and supports the work of CLCs across Australia involved in leading campaigns for LGBTIQ human rights. In relation to marriage equality, in particular the Human Rights Law Centre and Public Interest Advocacy Centre (PIAC) have shown leadership in the two upcoming High Court challenges to the postal survey

The Federal Parliament can end this inequality. NACLC joins calls for legislative amendment to the Marriage Act 1961 (Cth) to end discrimination on the basis of sexual orientation and gender identity as a matter of urgency.

The time is now for marriage equality.