END_OF_DOCUMENT_TOKEN_TO_BE_REPLACED

The electricity charges saga continues. Is the operator’s conduct retaliatory? 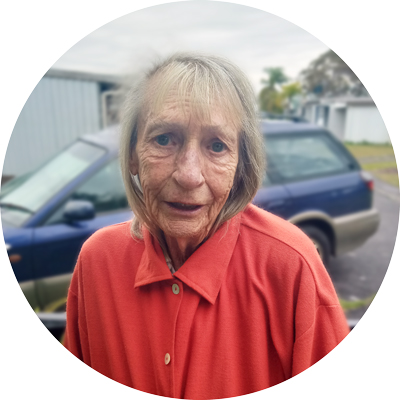 Many Outasite readers will know the name Margaret Reckless. She is the home owner whose name was given to the method to calculate electricity charges for home owners on embedded electricity networks because Margaret’s dispute with her operator went right up to the Supreme Court of NSW. The decision of the Supreme Court on 4 September 2018 in Silva Portfolios Pty Ltd trading as Ballina Waterfront Village & Tourist Park v Reckless [2018] NSWSC 1343 defined the parameters for electricity charges. When the dispute went back to the NSW Civil and Administrative Tribunal (NCAT) to determine exactly how the charges should be calculated, the ‘Reckless’ method was born.

In January 2019 we published issue 33 of Outasite Lite (our email newsletter) featuring Margaret’s long battle for fair electricity charges under the headline ‘Is it over?’. At that time, Margaret thought it was. She had battled the operator for two years in the Tribunal, Appeal Panel and Supreme Court. Her fight led to fairer electricity charges for all home owners on embedded networks, and provided a pathway for home owners to seek refunds for the amounts they had been overcharged.

Once all the proceedings had been finalised Margaret was looking forward to a rest. All she wanted was to sit back and enjoy life in her community. Unfortunately, it appears the operator is unwilling to let that happen.

In our 2020 issue of Outasite we reported that a number of operators had outsourced electricity supply within their embedded networks to Hum Energy following the ‘Reckless’ decision. Ballina Waterfront was one of those operators so, despite all Margaret’s efforts for a fairer price, she and all the other home owners in the community were immediately facing large price increases. Once again Margaret stood up for what is right and refused to accept a transfer to Hum Energy. Margaret believes that it is important to take a stance on issues of importance, but that doing so makes home owners vulnerable to retaliatory conduct from operators.

Margaret has recently been issued with a termination notice for alleged breaches of her site agreement, which she now has to defend at the Tribunal. She believes the termination notice is another instance of retaliatory conduct by the operator, which started when she commenced proceedings regarding electricity charges.

“Most of my experiences regarding bullying and harassment began when I started proceedings against the operator regarding electricity charges, and it progressively worsened – not against me but my daughter who also had a home in the community. The operator was aware that she suffered with mental health issues but that did not stop them from pursuing her. After being admitted to Lismore Hospital on suicide watch she had to abandon her home and move out. Eventually she found a buyer for her property but at a substantial financial loss to her.

“The power of operators is absolute. Home owners have no rights. I have been accused of transgressions in this community which are allegedly on my file. Operators can put anything on our file without our knowledge or evidence of the alleged transgression. The operators have never approached me either in person or in writing regarding anonymous allegations and now they have issued me with a termination notice. The first Tribunal hearing was dismissed because they lodged it before the termination date stated in the notice. They have now made a second Tribunal application and the hearing is in July.

“Home owners in land lease communities need to take a stand regarding this harassment and intimidation. Most of us are elderly and have a right to respect which is sadly lacking. Operators should be held accountable for their actions – there should be protection built into the Act. If a home owner does the wrong thing, we are held accountable, but if an operator or manager is found in breach of their obligations nothing happens. Operators and their employees need to be evaluated regarding whether they suitable to hold their position within the community.

“I have taken my concerns to the local State Member and requested representation of the Member to Fair Trading and the State Government. Anyone who has been subjected to unfair treatment, bullying or harassment by an operator should do the same. If the voices are loud enough, we can make a difference and regain our dignity.”

This article was published in Outasite magazine issue 7. Outasite is published annually. Outasite Lite email newsletter, is sent several times a year – subscribe here. All past issues are available in the archive.