END_OF_DOCUMENT_TOKEN_TO_BE_REPLACED

A short introduction to the NSW Civil & Administrative Tribunal 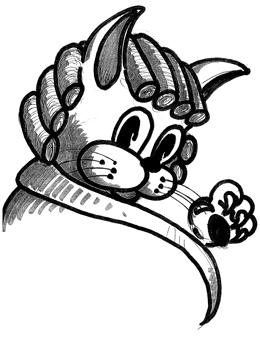 Anyone who lives in a land lease community who has been concerned about something, or has had a dispute with the operator will, at some point have been advised that they can go to the Tribunal. This is good advice but what is the Tribunal and what is involved if you go there?

NCAT was established on 1 January 2014 and is an amalgamation of a number of Tribunals. It has four divisions that deal with different types of issues or disputes. Tenancy and land lease community disputes are dealt with in the Consumer and Commercial Division.

The head of NCAT is the President and each Division has a Deputy President. Disputes are dealt with by Tribunal Members although the Deputy President often hears disputes in the Consumer and Commercial Division.

For home owners in land lease communities the right to apply to NCAT to have a dispute resolved comes from the Residential (Land Lease) Communities Act 2013 (the Act). The Act prescribes the rights and responsibilities of home owners and operators, who are expected to comply with these obligations. If a home owner or operator claims that the other party has not complied with an obligation, the Act enables them to apply to NCAT.

Applications must be made within specified time periods. Time limits differ and some are set out in the Act. If the Act does not set the time limit then NCAT Rules say that it is 28 days.

Applications to NCAT can be made on paper (by filling in an application form) or online. Paper applications can be submitted, or lodged, at Service NSW Centres or by post to NSW Civil and Administrative Tribunal registries.

A fee must be paid when an application is lodged and this is currently $52 or $13 if you are on a pension or eligible for a concession for another reason.

Representatives argue the case in place of the person involved in the dispute based on the instructions given to them by the person they are representing.

When an application has been lodged NCAT sets a date and time for the ‘hearing’. Hearing is the term used to describe how disputes are dealt with at NCAT. It is called a hearing because a Tribunal Member ‘hears’ what each party has to say about the dispute before making a decision.

The first time a dispute is listed for hearing the amount of time allocated is only 10 minutes. There are lots of disputes listed at the same time and the Tribunal Member calls everyone into the hearing room and explains the process. NCAT is required to give parties to a dispute the opportunity to come to an agreement so everyone is then asked to go and talk with the other party in their dispute. This is called conciliation.

The purpose of conciliation is to enable each party involved in the dispute to explain their side to the other party, to share their evidence and to try and come to an agreement. Sometimes NCAT provides conciliators to help people to reach an agreement but this is not always the case. If an agreement is reached the dispute is resolved on that day. The agreement is put before the Tribunal Member and ‘consent orders’ are made.

If the parties cannot reach an agreement the dispute is usually adjourned. That means it is set aside until a later date. The Tribunal Member makes ‘directions’ about what each party must do before the next hearing. These directions are generally to provide evidence about the dispute so that at the next hearing everyone has seen all the evidence and is ready to argue their case.

The next hearing is a ‘formal hearing’. NCAT is not as formal as a court but it does involve the presentation of evidence and legal arguments and sometimes the questioning of witnesses. The level of formality is dependent on the complexity of the dispute.

Formal hearings usually last at least an hour and can sometimes last for a whole day or even a couple of days. Recently the Tenants’ Union was involved in a hearing that lasted five days because several home owners were involved and the case was very complex.

When a dispute has been heard the Tribunal Member makes a decision and issues ‘orders’. The orders tell the parties what the Member has decided about the dispute and what, if anything they must do. The orders are legally binding which means that they must be followed.

The types of orders that NCAT can make in land lease community disputes are set out in the Act. They include orders that someone stops breaching the site agreement or the Act, an order for the payment of money or compensation, or orders about site fee increases.

More information about the NSW Civil and Administrative Tribunal (NCAT) can be found on their website: www.ncat.nsw.gov.au