END_OF_DOCUMENT_TOKEN_TO_BE_REPLACED

Power to the people – at a reasonable price 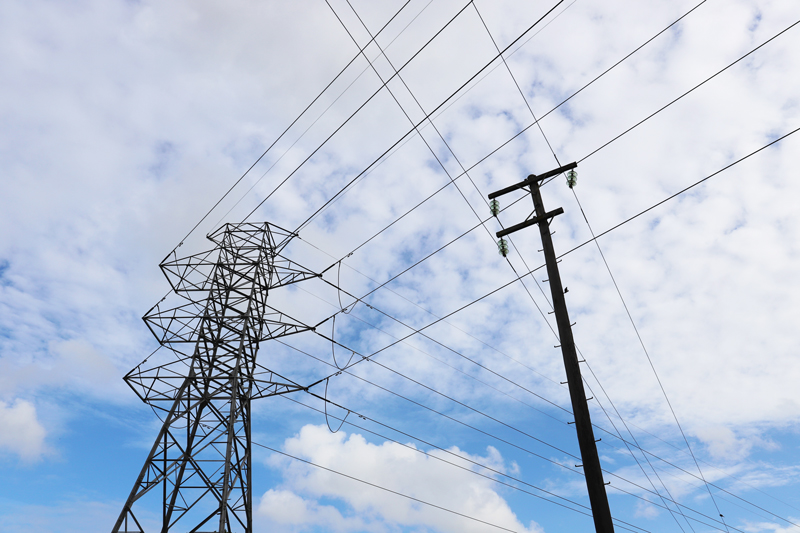 With the commencement of the Residential (Land Lease) Communities Act 2013 (the Act) the method of calculating consumption charges for electricity, gas and water changed. The Tenants' Union has highlighted the change through articles and a report. We have also held discussions with home owners, Tenant Advocates, the NSW Energy and Water Ombudsman (EWON) and NSW Fair Trading to explain that operators should not and cannot charge more than they are charged by their utility providers.

The majority of operators buy electricity at significantly reduced prices yet they charge home owners at the highest rate – the standing offer price published by the local area retailer. If home owners are charged correctly many would see considerable reductions in their power bills.

On the whole, since the Act commenced, operators have failed to change the way they calculate utility usage charges. Through Tenants Advice and Advocacy Services the Tenants’ Union has been advising and assisting home owners to take up the issue of electricity charges with operators. When negotiations failed to bring change, some home owners made applications to the NSW Civil and Administrative Tribunal (NCAT). Margaret Reckless was one of those home owners and when she received an adverse decision, she appealed.

Reckless v Silva Portfolios Pty Ltd t/as Ballina Waterfront & Tourist Park [2018] NSWCATAP 80 (Reckless) is probably the most important decision NCAT has made regarding the operation of the Act. The Appeal Panel made findings about utility usage charges and how the Act applies to site agreements signed under the repealed Residential Parks Act 1998 (Parks Act).

When a law is repealed and replaced the new Act sets out how it applies to arrangements that existed under the old Act. Mrs Reckless signed a site agreement with the operator in April 2014 when the Parks Act was in force. The Appeal Panel heard competing arguments about how the Residential (Land Lease) Communities Act applies to that site agreement.

The Appeal Panel found the new Act applies to the site agreement and that it applies despite the terms of the agreement. This is an important finding because what it means is that electricity usage charges must be calculated according to the Act.

Having determined the site agreement is covered by the Act and that utility usage charges are therefore governed by s77 the question for the Appeal Panel was the interpretation of s77(3). It provides:

The operator must not charge the home owner an amount for the use of a utility that is more than the amount charged by the utility service provider or regulated offer retailer who is providing the service for the quantity of the service supplied to, or used at, the residential site.

It was argued on behalf of Mrs Reckless that the operator cannot charge more than their utility service provider charges them. The operator argued they could charge the same rate as the standing offer price set by the local area retailer.

The Appeal Panel firstly noted that:

“although s77(3) is not drafted particularly well, it is clear that it is trying to prohibit overcharging of residents”. The Panel then said “The position is simply this – the Park Operator cannot charge Mrs Reckless for her consumption of electricity any more than it is being charged by Origin Energy”.

To put this in context, the operator was charging Mrs Reckless the Origin standing offer price of 26.62 cents per kWh. Origin was charging the operator between 4.21 and 6.23 cents per kWh, a difference of at least 20 cents for every kWh used by Mrs Reckless. Her bill for electricity usage in December 2016 was $44.19 but should have been around $10 had she been correctly charged.

Like the operator of Ballina Waterfront Village and Tourist Park, most operators have ‘smart’ or ‘time of use’ meters and they pay different rates for electricity according to when power is drawn. Home owners do not usually have smart meters and cannot be charged different rates because the meter does not show when they use electricity. NCAT has to decide how the charges are to be calculated.

What this means for home owners

Appeal Panel decisions are currently binding on NCAT because the President (The Hon Justice Robertson Wright) recently determined that NCAT is a court of record. In any case, NCAT Members rarely depart from Appeal Panel decisions so we can rely on Reckless regarding the interpretation of s77(3). This means that all home owners in land lease communities in NSW should be paying no more than the operator is charged for the use of a utility.

Home owners wishing to pursue their own utility usage charges should consider getting together as a community to discuss how to approach the operator regarding future usage charges and refunds for previous over-payments. If an operator refuses to either share information about their charges or to change the way in which they charge, home owners can make applications to NCAT. Advice and assistance may be available from residents committees, local residents groups or Tenants Advice and Advocacy Services.

The Reckless appeal was not just about electricity usage charges it was also about sewerage charges. On this issue, the Appeal Panel had to interpret a term of the site agreement and consider whether the operator could charge Mrs Reckless sewerage charges.

Prior to commencement of the Act on 1 November 2015 Mrs Reckless was not asked to pay sewerage charges. Then, she received a notification from the operator that, as a consequence of the introduction of new legislation, a new sewerage charge was being imposed.

Mrs Reckless argued that this was a new charge and she was not required to pay it because of the Savings and transitional provisions in Schedule 2 of the new Act. Clause 15(2) in the Schedule provides “Any new fee or charge permitted by this Act does not apply to any agreement entered into before the commencement of the relevant provisions of this Act”.

The operator argued that it was a term of the site agreement that Mrs Reckless pay sewerage charges and it was therefore not a new charge.

Under the site agreement the home owner was required to pay “any excess garbage or sanitary charges in connection with the residential site”.

The parties agreed “sanitary charges” meant sewerage charges but Mrs Reckless argued that she was only required to pay “excess” sewerage charges. The operator argued that the word “excess” applied only to garbage and not sanitary charges. The Appeal Panel disagreed with the operator and said that interpretation “would do too much violence to the language”.

The Appeal Panel found the sewerage charge was not a new charge but that Mrs Reckless can only be charged excess sewerage. In reality this means she cannot be charged.

You can read the Appeal Panel decision here: https://www.caselaw.nsw.gov.au/decision/5abc1a08e4b074a7c6e1dc71