The Tenants’ Union of NSW with Marrickville Legal Centre has released the findings of a new report exploring the impacts of no grounds evictions. This research adds pressure to the incoming NSW government to act on reform quickly in the next Parliament. The Tenants' Union is calling on all aspiring government parties to attend Sydney Town Hall on the night of March 14th to commit to ending unfair ‘no grounds’ evictions. 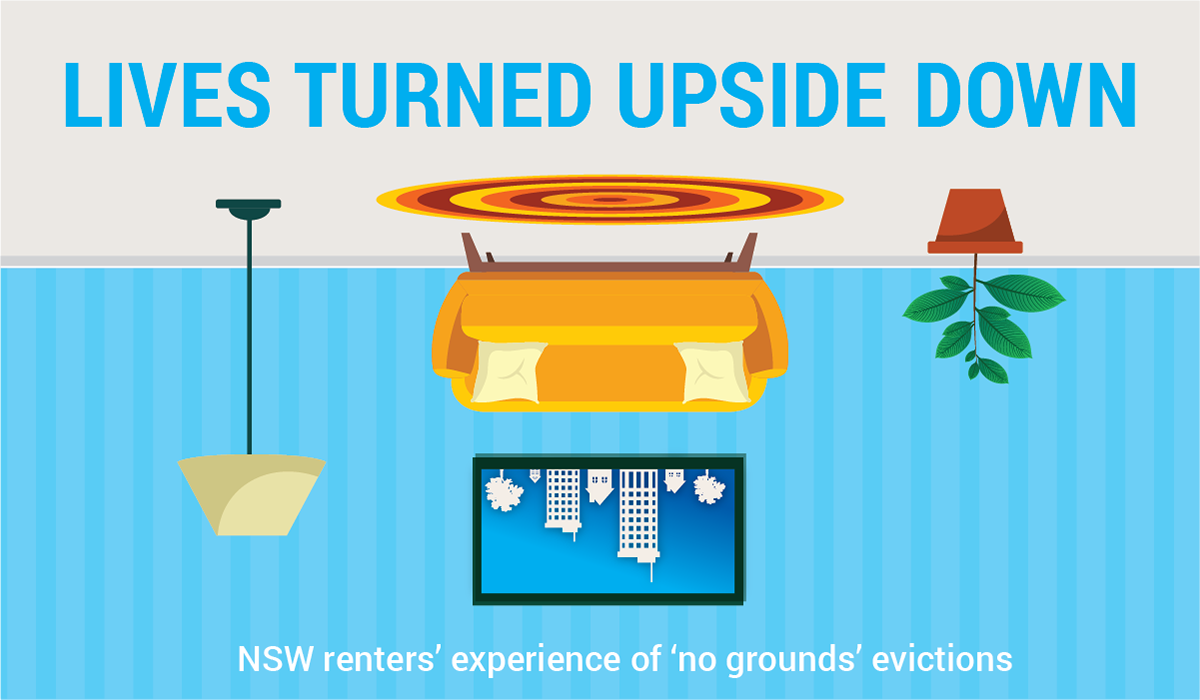 The Tenants' Union of NSW recommends ending no grounds evictions, implementing a bond exit survey to bring authoritative data to the debate, and consider implementing landlord registration and education activities.

Key findings from the report include

Leo Patterson Ross, Senior Policy Officer Tenants’ Union of NSW, said, “These reforms are the big unfinished business coming out of the last Parliament and the last 40 years of tenancy legislation. The tenants of NSW and their families, friends and communities are looking to whoever forms government to commit to these changes and bring balance to renting in NSW.”

“Landlords and their lobby groups often focus on their interests as investor and don’t focus enough on their very important role in providing housing to more than two million people in NSW. We’d like to see them come to the table to talk about how to bring real balance to the system.”

“In 2019 it’s past time to move on from this feudal level of control over other people’s lives. No reasonable person should want a relationship based on fear – let’s have one based on a bit of mutual respect.”