A renters’ plan to save energy and money

Our Energy and Climate special edition of Tenant News focused on the issues facing renters and energy bills. This article by Tenants' Union Advocacy and Research Officer Leo Patterson Ross looks at what the NSW government is doing to address these issues. 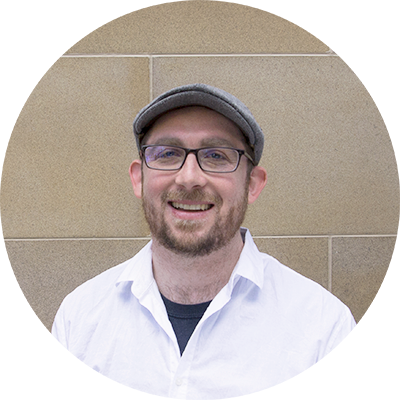 The main work the NSW government is doing around energy issues for renters is embedded in the office of Environment and Heritage driven Climate Change Strategic Plan which is currently in draft form following a consultation process at the end of 2016. The final plan is working through government processes and is likely to be announced during 2017.

The Climate Change Plan covers a wide range of strategies, covering all aspects of energy from generation to transportation and use. It brings together options to continue existing policies as well as proposing new ideas. In this article, I will look at the two parts of the plan that affect renters and some of the options that may be implemented.

If the minimum efficiency standards system is adopted, this will most likely take one of two forms. There may be a performance standard where the standard that must be met is the cost in kilowatt hours needed to power, heat and cool the dwelling. This can be complicated to measure, as different temperature conditions throughout the year can effect the cost over a period of time. However, it would also be the most effective and efficient standard as it would allow property owners to choose the best method for the particular property.

The other standard may be a “technology” based standard where property owners will need to install a particular amount of items, such as insulation, window glazing, or efficient appliances in order to satisfy the standard. This is a simpler standard to understand and test, but also means that some properties will meet the standard without actually having to be very efficient.

We supported a combination of performance and technology standards in the Tenants’ Union submission to the Climate Change Draft Plan. This might look like a defined list of technologies – each with a minimum standard which can be installed in different combinations to allow the landlord flexibility in choosing which measures to implement, but still ensuring an effective improvement in the efficiency of the home.

The Draft Plan also proposed a ratings system where the rating of the dwelling would be provided to tenants before the tenancy begins. The ratings system may be a star system, such as the ACT introduced for sale of property, or it could be a letter-based system such as exists in the UK.

We are in favour of a rating system which gives tenants greater information about the property they are moving in to. However a ratings system would be most effective if implemented alongside mandatory energy efficiency standards.

A ratings scheme operating by itself does assume a relatively balanced bargaining position for the two parties. It must be open (in a practicable sense) for a tenant to choose not to move in to a property if it does not meet their standards, and it must be open for the tenant to negotiate on price and terms. For the overwhelming majority of tenants this is simply not the case.

The scarcity of homes affordable to households of lower and moderate incomes means that tenants are not generally in a position to choose not to move in to a property, nor negotiate on terms. Whatever the motivation of leaving their previous home, tenants are generally moving out of necessity. They are forced to compete as customers in a market place for very limited stock.

The Climate Change Draft plan also addresses the need for greater energy efficiency in social housing homes. FACS-Housing and its predecessors generally accepted the convention that tenants should not pay more than 30% of their income on housing costs. However, energy has been excluded from this calculation, despite forming the second highest part of many tenants housing costs.

We hear from public housing tenants across the state who are having to either expend unreasonable amounts of money on heating or cooling, or more likely, change their behaviours (e.g. go to bed extremely early rather than turn on heating, leave their home or use risky alternatives) to make up for their inefficient homes.

Several community housing providers have been able to access funds to install technology such as solar power panels on their properties. The providers share with the tenants the benefit of the energy created. Tenants receive a reduction in their energy costs, and the providers are also able to lower their costs and potentially increase their revenue.

One program that assisted with this was the Home Energy Action Program run by the Office of Environment and Heritage. The Climate Change Draft plan proposed to extend this program to public and Aboriginal housing as well as more community housing tenants. This would be welcome and make a great difference to those tenants who receive the benefit.