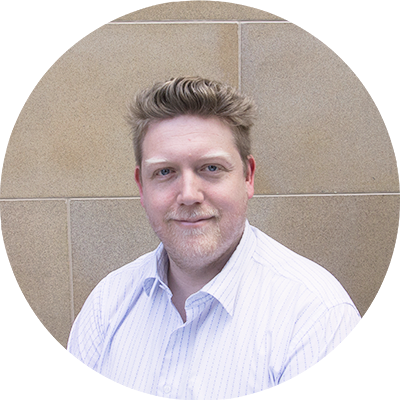 Today marks the last day at the TU for our Senior Policy Officer Ned Cutcher. Over 16 years Ned has been a tenant advocate in two different states and five different organisations – starting as a tenancy hotline volunteer with Marrickville Legal Centre in 2002. Since then he worked for the Tenants’ Union of Tasmania, Western Sydney Tenants Service, Central Coast Tenants Service before joining the Tenants’ Union NSW as Policy Officer nine years ago. Ned has lead the policy team as Senior Policy Officer since 2015.

During his time at the Tenants’ Union, we’ve seen significant changes in our renting laws, and in our public and community housing sector. Ned has guided the TU’s response to these with thoughtfulness and dedication. He has played a significant role in opening up the public conversation about housing and renting issues, and the need for change.

We can go on and on about his work, but instead we asked some colleagues for their thoughts and well-wishes:

From my time working with Ned at the TU, I recall Ned’s patient work building relations with social housing landlords to get improvements on the way they deal with repairs and maintenance. Unseen and unheralded work, but it makes a difference.

And in the time as Senior Policy Officer, he took the campaign against no-grounds terminations and to ‘make renting fair’ to a new level. He’s done a tremendous job for NSW tenants.

What a loss for us all!  Thanks for being the tenancy policy guru, the NATO stalwart and company on the House on the Hill down here.  See you on the Shelter side.

I got to work with Ned on the NATO/Shelter/CHOICE Renter's Report. I think the quality of that research report is in large-part due to the time that Ned and Adrian from National Shelter put into the project. Ned kept the focus on the issues that matter most for renters and helped me personally connect the dots on the issues renters face, like the fact that no-grounds evictions undermine the rights that renters do have. The report wouldn't have made the impact it did without his passion and expertise.

Warren Wheeler and all of Illawarra and South Coast Tenants Service:

Your service to tenants in NSW has been, and will continue to be, outstanding.
Your ability to steady the ship in what can be a voraciously independent network has been inspiring.
Your down-to-earth approach, and real-life application of your policy work is nothing short of outstanding.
We will miss you.

Ned, you've brought all of your intelligence, thoughtfulness, compassion and empathy to be the voice of the voiceless, that diffuse population known as tenants. While we've been on the frontline witnessing the fear, frustration, anger, humiliation and tears, you've turned those stories into viable arguments in submission after submission that bring understanding from those with the power to change these lives. We'll be watching your work in the future with interest. Keep the wind at your back, and fight on.

Who will I call now for a policy briefing while riding my bike to the ABC studios for an interview?

Whether outside parliament, in endless government consultations, in the Tribunal or giving advice on the phone, Ned has always fought for housing justice and a better deal for the renters of NSW. We know he’ll keep doing so in his new role at Shelter NSW!

Cheers to you Ned.