Peder Palmstierna, from the Swedish Union of Tenants (SUT) visited the Tenants’ Union in March this year and Paul van Reyk, our Senior Project Officer spoke with him about energy issues in rental housing in Sweden.

Peder, thanks very much for talking with the TU. What are the climate change goals for Sweden? 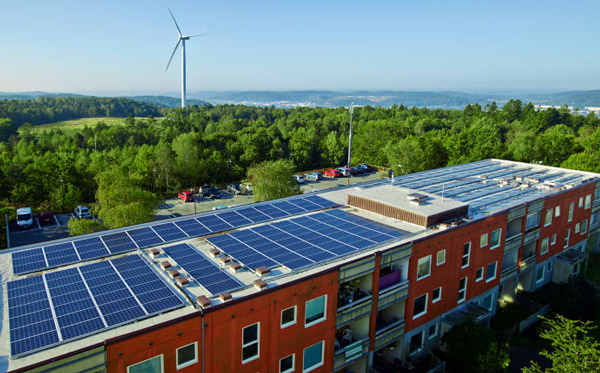 Reducing greenhouse gas emissions by 20 per cent relative to 1990 levels.

Strive to increase energy efficiency by 20 per cent.

What’s been the impact of implementing change to achieve these goals? 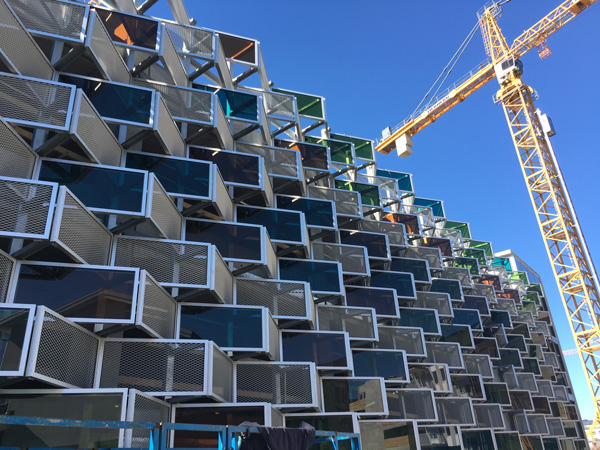 Electricity costs (adjusted for inflation) have increased by almost 80 percent between 1996-2015, electric heating (single-family homes) by 20 percent, natural gas by 100 percent and district heating by 50 percent. District heating is when you have a power plant that heats water which is distributed within an urban district or town through insulated pipes to the multi-storey or single storey buildings. This is energy efficient, and you can control emissions by cleaning the smoke. It can be climate efficient using renewable fuel like wood chips. Most Swedish cities have this.

Over the last 20 years, the use of fossil fuels for heating has decreased from 20 percent  to 3 percent.

The use of energy per square  meter in housing has decreased by 14 percent between 1995-2014. There are three main reasons for this: installation of heat pumps in  single-family homes and multi-storey buildings, conversion from fossil fuels to electricity and  district heating and increased energy efficiency.

Who pays for energy use in rental accommodation?  What’s the relationship, if any, between energy costs paid  and the rent set through collective bargaining?

Approximately 95 percent of rents are set by collective bargaining between landlords and tenant organizations in much the same way wages are set in negotiations between employers and trade unions. The SUT negotiates almost all negotiated rents, but there are some other independent organisations. Rents are negotiated locally at a municipal level. The fairness of the rent can always be tested in a rent tribunal, which compares the rent with the rent in other similar apartments with negotiated rents.

Rents are set according to the utility value system that takes into account a number of factors including location, apartment size, and the standard of bathroom and kitchen.

In Sweden, hot water, heating of  the apartment and electricity for the apartment building are included in the rent, which gives landlords an incentive to reduce these costs. Relatively cheap energy reduction measures (such as new windows, fine tuning heating and electricity consumption, installation of heat pumps) give good results, it is done on a large scale.

More thorough measures like new facades or new roofs are costly and usually conducted at the same time as other significant changes. The challenge with this is that landlords claim that as the standard of the apartments has been raised so should the rent – increases of 50 percent and sometimes more are not uncommon. This is something we have been fighting for years.

Tenants themselves pay for their individual consumption of electricity in their apartment such as cooking, lights and appliances.

What’s the picture of energy efficiency in rental accommodation? How does  it compare with owner  occupied dwellings? 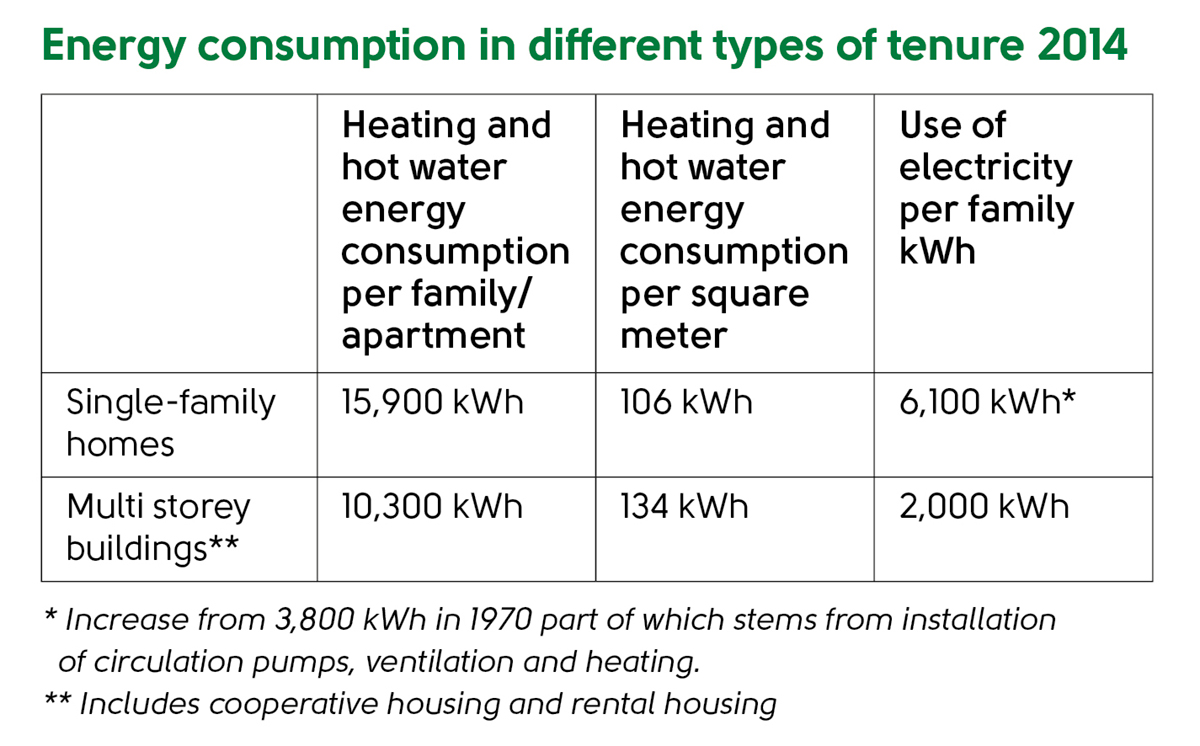 District heating is the most  common way of heating homes, offices, and stores etc.

The proportion of disposable income spent on energy averaged 10.9 per cent in 2012, of which 7.1 per cent went to transportation (cars, public transportation), and 3.8 per cent to accommodation (heating etc.)

What are the implications of Sweden’s membership of the EU for increasing the energy efficiency of housing?

Sweden was on track to reduce greenhouse gases and energy consumption well before the EU, largely due to the oil crises in the 1970’s. Sweden is a cold country  and heating of buildings is an important part of housing costs. We also have ‘cleaner’ sources of energy– hydroelectric power and nuclear energy produce most of  the power used.

EU standards are a threat to the  way energy costs are covered  in rental housing. An EU directive demands individual measurement  of heating and hot water (EPBD).  This would cost tenants about SEK 20 billion (A$3 billion) or SEK 11,000 (A$1,660) per household. So far  SUT has together with public landlords managed to obtain a temporary exemption. The way  in which costs are covered in Sweden, being included into the rent, gives, according to our experience, better results. In houses where individual measurement has been tested tenants tended to increase their consumption of heating by raising the temperature of the apartment.