Electricity in land lease communities is a complex issue governed by a range of laws, regulations and guidelines that overlap but do not always correspond, writes Julie Lee, Residential Parks Officer with the Tenants’ Union of NSW. 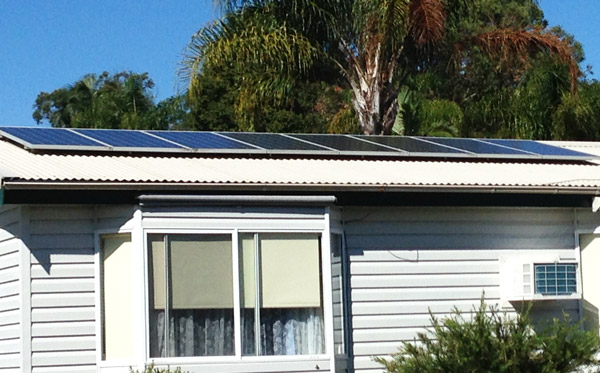 Around 34,000 people live in the 497 land lease communities in NSW. These communities are either a caravan park or manufactured home estate where people live on a long-term basis. Approximately 88 percent of residents own their home and lease the land from the operator. The other 12 percent are tenants who also rent the home.

Homes in these communities vary greatly in type and style. Traditionally homes were caravans, often with annexes added to extend the living space. Many of these homes are gradually being replaced by manufactured homes, which are larger and contain fully equipped kitchens, bathrooms and laundries.

Who supplies electricity to the homeowner?

The operator of the land lease community is also the electricity supplier in the majority of cases. Operators can on-sell electricity to residents under National Energy Retail Law, providing they hold a retail exemption and comply with Retail Rules. The Retail Rules set conditions for a number of customer protections including supply, billing and pricing. 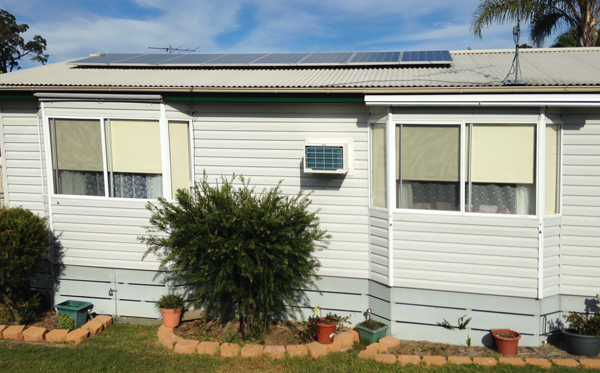 One of the effects of this system is that usually homeowners can’t shop around for a better deal on the electricity retail market. The law does allow a homeowner in a land lease community to choose their supplier but they will generally need to arrange and pay for a new meter to be installed. And at upwards of $400 the switch is not cheap!

A change in law at the end of 2015 should have made electricity usage charges much cheaper for homeowners in these communities but some operators have failed to change the way they charge. Many homeowners are overpaying for electricity and don’t even realise it.

What about going solar?

Like tenants in the general community, homeowners in  land lease communities face challenges to going solar.

The first challenge is that they are not permitted to make alterations or additions to their home unless the operator consents. Consent cannot be unreasonably refused but resolution of a dispute about what is reasonable has to be taken to the NSW Civil and Administrative Tribunal (NCAT). Many homeowners don’t want the hassle of having to go to the Tribunal to get solar power.

Secondly, some distribution networks in land lease communities would need upgrading to enable solar systems to work effectively and unless there is significant benefit to the operator they are unlikely to make such an investment.

One homeowner who sought permission from the operator to install solar panels on his home was given permission on the proviso that he signed a disclaimer which would make him responsible for any breakdown in the electricity infrastructure regardless of the cause. Needless to say, he declined.

A number of communities also have rules that say the operator may disconnect a homeowners’ solar system from their infrastructure if they’re of the view that the system is contributing to the deterioration of the infrastructure, or placing an unacceptable burden on it.

In the general community, solar systems may benefit a household by generating an income for the electricity fed back into the grid. However in land lease communities a homeowner may not be able to feed surplus energy into the community system. If they can, they will not be paid for that energy. Although new feed-in tariffs are small, no feed-in tariff lessens the benefit of solar to a homeowner.

On the positive side, storage batteries are getting smaller and cheaper and therefore more accessible. Batteries enable excess energy to be stored and used later and this may provide a better solution for homeowners in these communities. They could store any excess energy they generate and use it in their own home when they need it, rather than feeding it back into the system.

The cost of solar systems has fallen significantly and continues to decline but they are still a substantial investment. Add this  cost to the other complications  and there is little wonder solar panels are not as common a sight in residential land lease communities as they might be.

For more information on your rights as a Land Lease Community resident, check out thenoticeboard.org.au.