A Special Report published today by the Tenants’ Union of NSW, Eviction, Hardship and the Housing Crisis, asks us to take a new look at eviction. 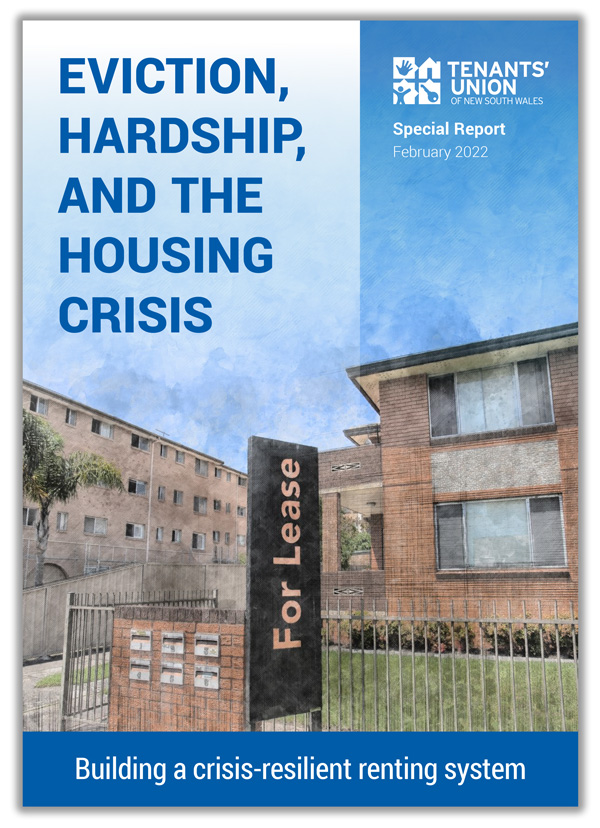 Moving house is generally considered one of life’s most stressful events. The financial costs, and the stress and anxiety associated with moving are substantial, and these are exacerbated when a household is forced to move (evicted). Our current renting system relies too heavily on eviction. In many ways we have become complacent about the costs associated with eviction - intervening after the fact, rather than looking to see what a better model or approach might look like.

Eviction, hardship and the housing crisis considers the broad range of costs faced by a household when they move, in particular, the costs associated with a forced move or eviction. The report estimates renting households in NSW are likely to face direct financial ‘core’ costs of around $2,500 when they move, and generally face ‘average’ costs of around $4,000 each time they move. Of course, the costs of eviction and its impact on renters’ lives - as well as for governments and communities - is much broader. And long lasting.

As we emerge from two years’ experience of directly responding to a health crisis, there is general discussion of what we have learned from Covid-19, and how we can ‘build back better’. The report hopes to intervene in this conversation, and provokes us to think again - and think harder - about how we can more effectively prevent eviction.

For a short summary of key proposals set out in report:

Read coverage of the report by Stephanie Convery in The Guardian here.